What is a social media influencer and how can you leverage them in your marketing?

Social media influencers boost brand awareness by exposing a brand to their followers. Here’s how can you leverage them in your marketing.

They’re that special breed of ridiculously good-looking people who travel to exotic locations, dine on exquisite meals, and generally live lives so much better than ours.

They have millions of followers who devour their social media posts and who snatch up any products and services used by their idols in the hope that they too can live the dream (or at least look like they are living the dream on their one Insta account).

The influence of social media influencers can be huge for companies with which they collaborate. The mere mention of a product or, better still, an image of them using the product, can clear the shelves within days. The mention of an event can see it sold out in just as much time.

Yet, the most powerful influencers are not always the yoga pant-wearing, first class travelling celebrities we’ve come to know, and the ways of collaboration are changing too.

Many businesses are discovering that reaching for the influencer stars is not always the best marketing strategy and that there are ways to work with social media influencers that don’t break the bank but can yield excellent results.

What is a social media influencer?

You’ve probably heard of social media influencer fails also. Who could forget the doomed Fyre Festival? It was promoted by some of Instagram’s biggest influencers, which turned out to be a complete disaster and which led to its organiser being tried for fraud and the influencers with egg on their faces, forced to apologise.

Yet, the most powerful social media influencers aren’t celebrities, and in fact, you’ve probably never heard of them. These are people who are highly influential within their particular fields. They might be the founder of a gin company, who is a legend in the distilling industry; a single mother who documents her life on Instagram; or a surfboard maker who is a ‘dead-set legend, dude’.

These influencers may not have the millions of followers of the Kardashians, but they do have pull. When they speak, their followers, well, follow.

How does a social media influencer create brand exposure?

Influencers increase brand awareness by exposing a brand to their many followers. People who may never have heard of a business now understand what it is and why they should use it.

For instance, you might have a yoga teacher on social media, known for her compassion for animals and her fearlessness in standing up for what she believes is right. When that influencer promotes a product, those values become the values of the brand she is promoting also.

How can you leverage influencers in your marketing?

At the very basic level, an influencer posting an image of themselves engaging with your brand and singing its praises will raise your brand awareness.

Yet, increasingly people are becoming skeptical about paid endorsements, and so influencer marketing has become more nuanced.

Now, it’s all about collaboration.

Some social media influencers allow brands to ‘take over’ their accounts for a day, speaking directly to its followers. Usually this happens around an event. For example, a fashion label might take over the account of a fashion influencer, reporting on the latest runway show, directly from the front row.

Guest blogging is also a great way for a brand to speak directly to an influencer’s following. A hardware store might run a guest blog about how to build a tree house on the account of a well-known DIY dad.

Live interviews are another great way to engage deeply with an influencer and their following.

Before you start sliding into the DMs of your favourite social media influencers, here’s some things you need to consider:

Who are you trying to target?

You want to make sure you’re hitting the right audience, so do your research and ask: is the influencer’s followers also your target audience?

Don’t be fooled into thinking that your synergies with the influencer means their followers will automatically buy your product.

Lingerie and activewear models, for example, may wear the type of garment you manufacture, but did you know that most of their followers are actually men who have never purchased activewear in their lives?

One social media post alone will not yield maximum results.

You need to consider influencer marketing as the top end of the sales funnel. It may generate leads, but what you do with those leads in terms of following up with more information and special promotions, will make all the difference to sales outcomes.

Make sure you choose an influencer that is across as many social media platforms as possible. This will maximise your reach and generate the most leads.

There is some cynicism about social media influencers, so make sure that your interaction is real and doesn’t come across as a paid advertisement.

Speak to your brand’s values, not just the value of what you produce.

For an influencer collaboration that packs a punch and delivers maximum brand exposure and bottom-line results, you need to know the best influencer for your business and develop a full marketing strategy to leverage the partnership.

Assemblo is a full-service marketing agency based in Melbourne and can help shape a marketing strategy that incorporates influencer marketing.

What is a social media strategy and why is it important?

Truth is, the most effective social media campaigns owe their success to the strategy that sits behind them.

What is brand awareness and how do you build it?

It’s that most desirable of marketing aspirations, when with just a glimpse of your brand, a person knows who you are and what you offer.

Brand perception: what is it and why does it matter?

Customers will form opinions about your brand long before interacting with it, which is why brand perception matters so much. 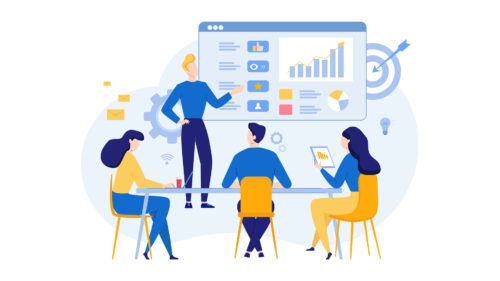 Learning to stand out in a noisy crowd can be tricky, but here are five sure-fire ways to increase leads for your business. 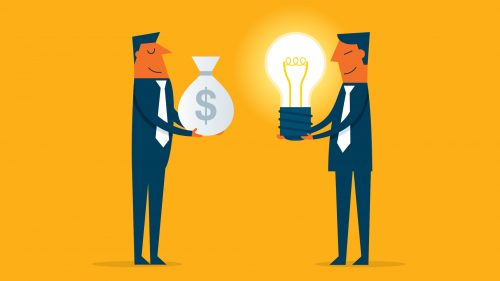 What’s the difference between sales and marketing?

If the structure of some businesses is anything to go by, you could be forgiven for thinking that sales and marketing departments are the Siamese twins...