Santa uses social media to determine who is naughty or nice

Santa Claus has changed the way he populates his annual naughty or nice list, and people’s social media behaviour will now determine whether they receive Christmas gifts.

A statement released from the North Pole’s Department of Justice said Santa and his team of elves had introduced a social media act to define the types of behaviour that would be deemed acceptable and keep people in Santa’s good books.

“People who share cryptic posts, repeated game requests and extremist rants will be strong candidates for the naughty list,” the statement read.

Head elf Holly Snowden said Santa took social media behaviour seriously and anticipated that 2016 would be a bumper year for the naughty list.

“Since Santa has moved his focus to social media use, we’ve found that the balance of naughty or nice has been way off kilter,” she said.

“Never before have we had such a migration of nice names to the naughty list.”

“Social media is the most effective way to monitor behaviour,” Ms Snowden said.

“Santa Claus himself is an avid user of social media, but nothing irks him more than when people don’t use it responsibly.”

Being left off Santa’s nice list is an experience Candice Sweet does not want to repeat.

“I was totally crushed last Christmas when my tree was left bare,” she said, with tears in her eyes.

By noon on Christmas Day she’d received a stern text message from an unknown number.

“It said I’d been moved to the naughty list because of all the Candy Crush requests I’d sent to my friends,” she said.

Joe Green can sympathise, after he received a similar message last December due to the hours he clocked up playing FarmVille.

“I only used it for workplace training,” he said, although he’s since deleted the game from his phone.

Neither Ms Sweet nor Mr Green are taking any chances this year.

Although Ms Sweet was determined to be a better social media user this year, she almost jeopardised her chances.

“I was so upset after I didn’t get any presents from Santa that I wrote on Facebook how depressed I was,” she said.

“When my friends asked what was wrong, I couldn’t bring myself to tell them. Then a few days later I got an official warning from the North Pole.”

The email sent to Ms Sweet stated that “vaguebooking” and “using social media as an outlet to whinge” were offences that could see a person’s name moved to the naughty list.

As per the email’s suggestion, Ms Sweet enrolled in the North Pole’s Responsible Use of Social Media (RUSM) online course and is feeling confident that she will be deemed nice this Christmas.

The controversy is sure to continue this year, however with RUSM enrolments growing, it seems some people are taking social media use more seriously.

Those looking to remain on Santa’s nice list are advised to avoid oversharing, use fewer hashtags, be clear and concise in posts and stick to tasteful language use. 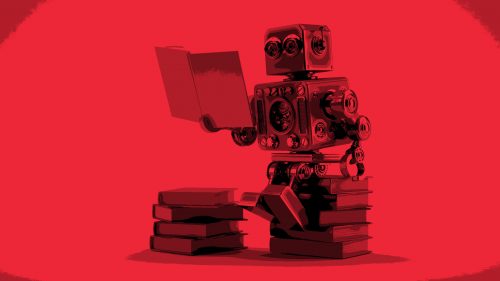 Looking for some books to read over the summer to up your marketing game in 2017? We quizzed the Assemblo crew for their top picks for marketing books...

What’s in store for social media next year? Here’s a look into the top trends. Social media networks have been around for just over a decade and...