Using emojis as a design element

The digital world has progressed so rapidly over the past few years that you can now have an entire conversation via text or messenger using emojis.

From their development in Japan in 2010, emojis have progressed from the standard smiling faces emoji to bowls of spaghetti, shoes, tasks, arrows, country flags, star signs, vehicles, sports, aeroplanes, even an Eiffel tower.

It’s at the point now where certain apps will replace text with an emoji such as thumbs up, for “OK” – showing how they’ve shifted even our use of language.

In fact, emojis have become so commonly used that we are now seeing them in designs across a range of platforms including websites, apps and newspapers.

If your brand is considering how it can incorporate emojis as a design element, here are a few ideas:

One of the key principles of design is repetition, and emojis are so commonly recognised now that using them in your design taps into an already-established ‘familiarity’, increasing the speed in which people can identify and understand your ideas.

Whether you’re trying to save space in layout design, or reduce the amount of text on your digital or print collateral, a symbol (e.g. the emoji) is interpreted much quicker than wordy chunks of text.

For example, instead of writing “contact us” you could use an envelope emoji followed by the phone number or email address. It’s concise and easy to understand.

Colourful, playful and simple, emojis evoke a less formal tone than the ‘seriousness’ of excessive text, and you can use them to replace instructions or add a fun visual to the end of a sentence.

Even online banking apps are using emoji-like icons to communicate information with customers.

The Commonwealth Bank’s app now includes the “My Spend” feature which displays icons against transactions to show customers what they’re spending their money on. It allows users of the app to not only track their spending habits but also adds a playful element to the very dry concept of budgeting. For example, an aeroplane icon appears against spending categorised as ‘travel’ and a knife and fork icon for any spending classified as ‘eating out’. 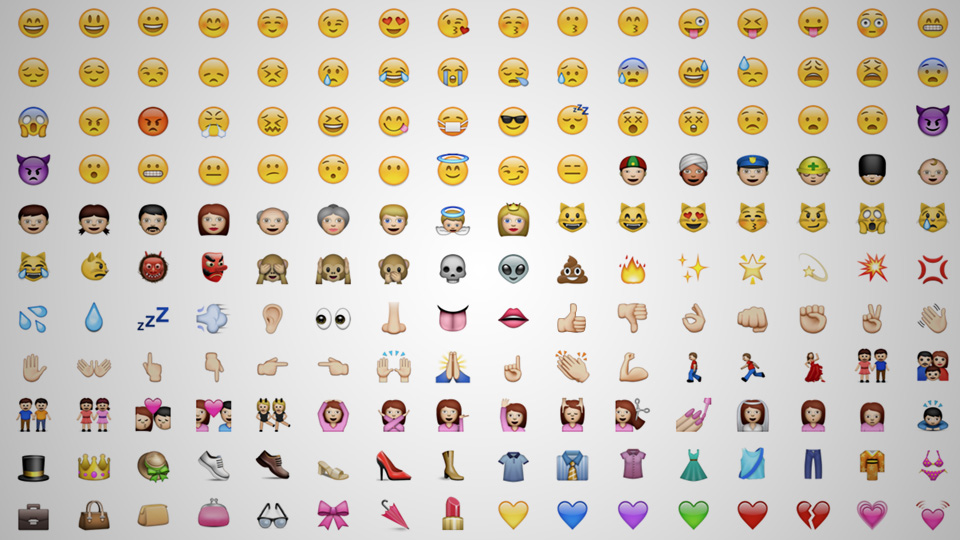 Using emojis or emoticons in design can really help to simplify the user experience.

For example, smiling or frowning faces are universally recognised as conveying positive and negative emotions, which means that even for illiterate users, the message is understood.

Swedish furniture company IKEA has also adopted the use of emoticons to convey information about their products to consumers.

Available as an emoji keyboard on Apple and Android smartphones, people can now communicate using a range of common household icons, including popular IKEA homewares. Watch this video for the full (and funny) explanation of how they work.

Emoticons tap into our emotions

While emojis can be practical and make communicating simple and quick, they can be used to infuse a little fun into design.

Most people don’t know that the smiley face emoji was born out of a need to lighten up an academic noticeboard. But by tapping into humour and emotion, emojis transcend intellect and connect with our emotions.

The fun little pictures also have an ability to convey certain emotions we can’t – or wouldn’t – otherwise describe in text.

Think about it – when was the last time you thought to reply to someone with the words “happy face”? But when you see that image on your screen, you smile. 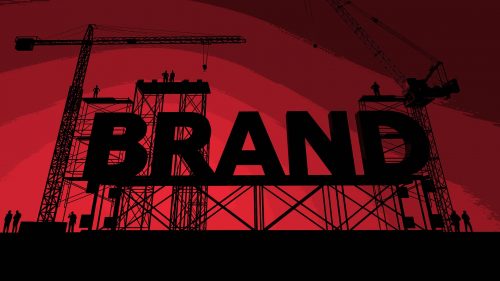 Why branding and good design is important

Aside from good customer service, how else can you ensure your clients have a positive experience with your product or service? Having a clear brand and... 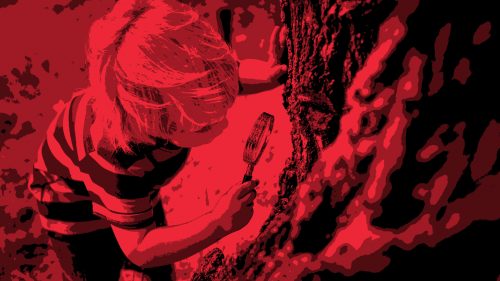 Typographic hierarchy is a way of designing text-based content with the highest level of readability in mind. As with all good design, you don’t even...